Forever Africa
Home A word from the Director of FACE

A word from the Director of FACE

The idea for FACE comes from the research I have been doing into legal education and education generally. Black students  in higher education institutions  in the UK often feel alienated and isolated within their universities. One of the aims of FACE is to foster a sense of belonging and pride in black students. There is evidence that, because of these feelings of isolation, of black experiences being excluded from the curriculum, the effects and structural and direct racism, black students are reluctant and unlikely to enter into academia. This means that these issues remain. FACE aims to bring together different aspects of research of and in Africa to show to students and each other, the academic and research possibilities that black students can feel connected to. This will open up new avenues of research based on lived experiences that do not feel alien or removed.

The lack of ‘diversity’ in academia has a significance for the type of research that is being done and the value that academia has for groups whose lived experiences have been silenced and erased from hegemonic knowledge systems. Community based research that is participatory and justice-focused ensures reciprocity in the design, implementation and dissemination of research. It returns humanity to communities that have often served as unequal anthropological objects of unequal research practices. It moves to end epistemic violence. It serves the aims of justice.

But we must also look beyond the long-term research functions of academia. There are ‘here and now’ needs as well. Immediate needs for students and staff to feel they belong. Urgent well-being needs. Immediate employability needs. FACE intends to address these by doing the following:

So I use ‘Pan-African’ a lot. There is an intentionality to my doing so. Let us break it down shall we? What is Pan-Africanism? Pan-Africanism is the belief that African peoples, both on the African continent and in the Diaspora, share not merely a common history, but a common destiny. This sense of interconnected pasts and futures has now taken many forms, but was initially focused on the creation of political institutions at the end of political decolonisation.

Pan-Africanists believe that all black people are bound together and can only achieve true liberty in unity. The Pan-African movement, which began in the 19th century, was aimed at ending colonialism and slavery. It should now be taken to its logical conclusion. Freedom. In all its fulness. In everything.

One example of a new form of Pan-Africanism is Tony Elumelu’s Africapitalism. This is defined as the positive role the private sector must play in Africa by making long-term investments in strategic sectors of the economy in a way that creates and multiplies local value to accelerate and broaden prosperity throughout the continent and around the world. Africapitalism calls for a new kind of capitalism – a version in which Africa leapfrogs other models, creating a more broad-based and sustainable economy. An economy that is true to the needs of Africa(ns).

Decolonisation of knowledge also informs new waves of Pan-Africanism. Accurate study of Africa (and blackness) is central to examining how anti-black systems rise and fall on the same ideologies. Therefore, we need new ways of interpreting the Pan-African experience within all sectors of education and society. New ways of researching our lived experiences; new ways of implementing reciprocal research. Decolonisation of knowledge involves the de-hierarchization of knowledge. It involves acknowledging and confronting the hierarchies and exclusivities upon which we have built our world(s). Including some people. Excluding others.

You may ask me how I define Africa. I don’t. ‘Pan’, the prefix, means ‘all’. ‘Africa’ locates Pan-Africanism in the continent as the genesis and a spiritual home. It illustrates that Pan-Africanism must have political effect. But Pan-Africanism transcends colonial and geographical borders. It links all black people into one purpose. Freedom.

We may individually be able to recognise anti-Blackness, but no one can dismantle it alone. Pan-Africanism is continuous work and hope and work and hope. And love. As Colin Kaepernick said in his acceptance speech for the Ambassador of Conscience Award from Amnesty International ‘Love is at the root of our resistance…I’ve realized that our love, that sometimes manifests itself as black rage, is a beautiful form of defiance against a system that seeks to suppress our humanity…‘ Love as resistance is most powerful when it is expressed, shared. Love dies in darkness. Love dies in a vacuum. Love dies alone. But love that is shared is the most powerful force in the world. It keeps us alive. Despite it all. It gives us the courage to believe in the impossible things we must do together.

We are forever Africa. 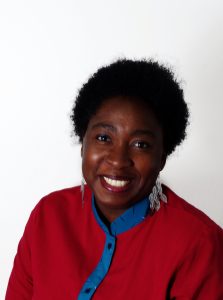