On the 9th of June 2018, Forever Africa Conference and Events held its launch event at the University of Bristol. The launch was opened by the Rt Hon Lord Mayor of Bristol, Cllr Cleo Lake. We also had a whole array of other speakers. (All information accurate as at 9th of June 2018. *Sado Jirde was not able to attend and was very ably represented by Moestak Hussein and Marie-Annick Gournet) 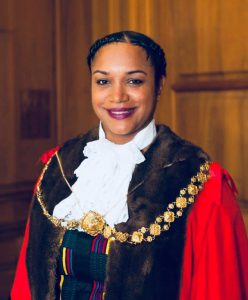 The Rt. Hon. The Lord Mayor of Bristol, Councillor Cleo Lake was born and educated in Bristol. She is an actress, dance artist, event producer, and director for Black* Artists On The Move. She is a member of the following committees: Destination Bristol, Bristol Cultural Development Partnership, Avon Fire Authority and Chair of the Diversity Inclusion Cohesion and Equalities Committee. She is a former chair of St Paul’s Afrikan Caribbean Carnival. She loves dance, art, walking, nature, sports, antiques. 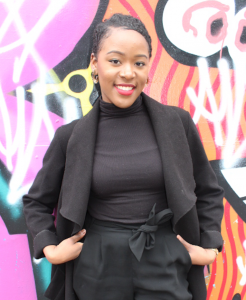 Eva Larkai is a second-year medical student and is the newly elected BME officer at the University of Bristol. In the past year, she has been an active member of the African Caribbean Society (ACS) Committee and has co-founded a new society, BMEdics, which aims to foster a community of BME health professionals and students across the university and in the wider community. 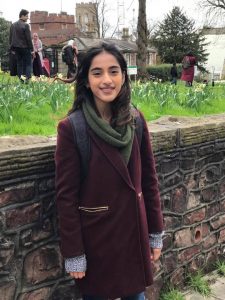 Aisha Rana-Deshmukh is a Geography student and has been the BME officer at the University of Bristol for the past year. She has worked as a student researcher at the Bristol Student’s Union for the BME Attainment Gap Project and is the newly elected president of Bollywood Dance Society. 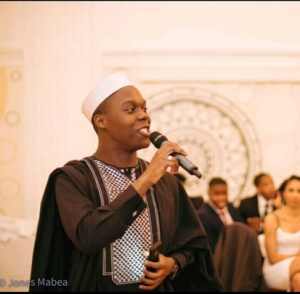 Ndubisi Offonry is the former President of the University of Bristol’s African Caribbean Society. He’s a second year Economics student about to enter a year abroad, visiting both France & China. Currently, he is working on a development programme for ethnic minority students & those from under-privileged backgrounds, due to be launched towards the end of next year. 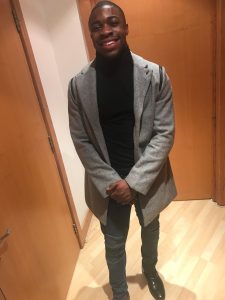 Nathan Obayori is the current President of Bristol African Caribbean Society. He is a first year Mathematics student at the University of Bristol & has recently been awarded the Mckinsey Mark Williams Scholarship. 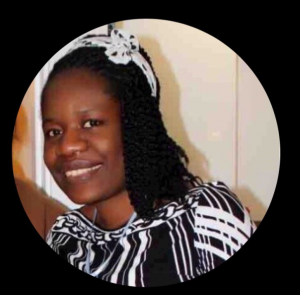 Grace Okoro is a final year PhD researcher at UWE Bristol, interested in the role oxidative stress plays in neurodegeneration (Alzheimer’s disease). She is a member of UWE Africa Staff Network. 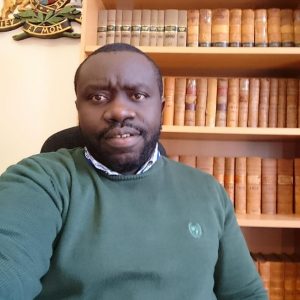 Dr Eghosa Ekhator teaches at the University of Chester Law School. His main research areas lies in environmental justice in developing countries and African Union Law. He has taught African inspired modules at Hull and Chester (African Union Law and Environmental Justice modules). He has published in reputable/peer reviewed journals including the Journal of African Law, African Journal of International & Comparative Law. 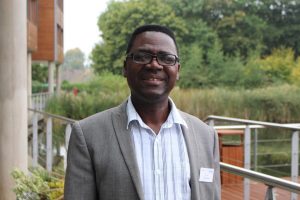 Dr Lingna Nafafé teaches at the University of Bristol. His academic interests embrace a number of inter-related areas, linked by the overarching themes of: Lusophone Atlantic African diaspora, seventeenth and eighteenth century Portuguese and Brazilian history; slavery and wage-labour, 1792-1850; race, religion and ethnicity; Luso-African migrants’ culture and integration in the Northern (England) and Southern Europe (Portugal and Spain); ‘Europe in Africa’ and ‘Africa in Europe’; and the relationship between postcolonial theory & the Lusophone Atlantic. 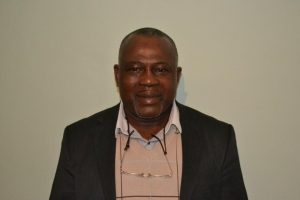 David Dravie-John, is originally from Sierra Leone, in West Africa. He is a trained and qualified teacher, an artistic, events management, research & development, business management consultant. The founder and executive director of Pax Productions Ltd, which is a multicultural, performing arts organisation. He is a play wright, composer, choreographer, actor and director. Former radio presenter & producer Ujima radio. A former cultural consultant for UNESCO. He is a community activist and presently the vice chairman of African Voices Forum. He loves football and other different sport, also reading, travelling and has a great interest in politics. 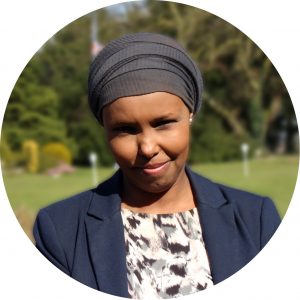 Sado Jirde is the director of Black South West Network (BSWN), a charity focused on human rights, equality, access to knowledge and socio-economic inclusion within the framework of advocating on behalf of Black and Minority Ethnic (BME) communities. She sits on various local, regional and national networks and forums. Sado has given evidence to the House of Commons Women’s and Equalities Committee as well as other parliamentary forums. She also contributes to conferences, seminars and panel discussion on the subject of race, economic, political and cultural inclusion.  She has over 10 years’ experience working in the Civil Society sector. She was awarded the African Achievers Award in 2015. 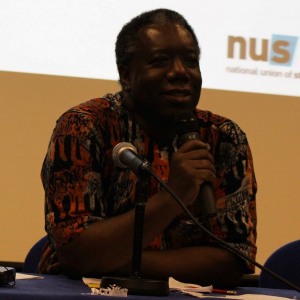 Kofi Mawuli Klu is a Jurisconsult practising with PANAFRIINDABA/UEQUIPOISE and allied organisations, networks and campaigns as a Scholar-Activist Community Advocate. He specialises in the Lifelong Learning promotion of Law-Related Global Citizenship Education from the Black Power Internationalist Decolonizational perspective of Pan-Afrikan Liberation Pedagogy and Reparations for Global Justice. Born, raised and initially educated in Ghana, then pursued further studies in both Eastern and Western Europe. He is currently the Chief Executive Commissioner of the PANAFRIINDABA Grassroots Pan-Afrikan Community Advocacy, Research and Think Tank Kofi has served as a Research Fellow in the School of Geography of the University of Leeds, and currently serves as a Research Fellow of the Centre for World Environmental History (CWEH) at the University of Sussex, Brighton, in the United Kingdom. 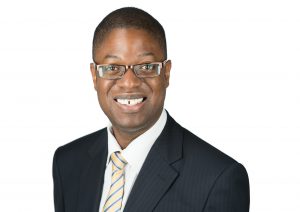 Karl Brown is Bristol born and bred and is a commercial property solicitor at national law firm Clarke Willmott LLP. In 2014 Karl became the first black President in the then 66 year history of local business group the Bristol Junior Chamber. During his presidency Karl promoted the issue of improving social mobility and raising aspirations for people from less privileged backgrounds.

Since finishing the term of his presidency Karl has gone on to be a founder board member of the Bristol Learning City Partnership Board which is chaired by the Bristol Mayor, a social mobility ambassador for the Law Society and a Business Fellow at the University of the West of England. In recognition of his professional, business and civic roles Karl was featured in 2016 as one of the top 40 Business Leader Trailblazers in the South West in Business Leader Magazine. Outside interests include going to the cinema and table tennis. Karl whose parents are Jamaican also loves Jamaican food. 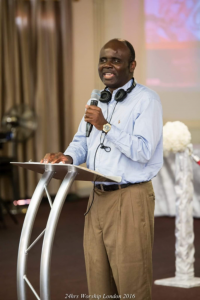 Dr Ifeolu Omoniyi Akintunde has a law degree from the University of Lagos and a masters and Ph.D. in international politics from Lancaster University. He was Executive Secretary of XN Foundation from inception till 2011.  He is: Vice chair of the Sunbeams Music Trust,  National publicity secretary of the OFNC, Director of Starchildren Initiative, he also volunteers with Salt FM, a gospel radio station which has recently won an award for one of its shows.  He is a public/motivational speaker and speechwriter who runs IOA Consults LTD with the motto “linking your ideas with the real world”.  As international consultant for the Nigeria Association of the Blind, he has been involved in fundraising campaigns, disability rights campaigns and the efforts to nationalise and domesticate crucial international disability legislation in Nigeria. His activities have won him several awards, including the Nigerian UK Based Achievers Award, Gathering of Africa’s Best, (GABB) Award, Central Association of Nigerians in the UK (CANUK Award, University of Greenwich Nigerian Students Award, Pride of the Motherland Award, etc. 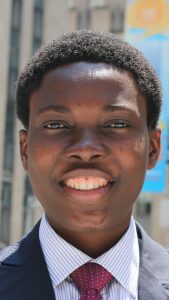 Olusola Owonikoko is an Associate Consultant at Translantic Development Ltd where he provides social performance support to projects in Nigeria, Ghana and Tanzania. As the founder & team lead of Project Enable which produced a documentary titled “No Boundaries”, he works to promote the social inclusion of persons with disabilities in Nigeria. Olusola is a current scholar at the Institute of Development Studies where he is studying for an MA Globalisation, Business & Development. Olusola is an International Associate of Wagner College, New York and a 2010 graduate of the University of Ilorin; a 2014 US Consulate Carrington Youth Fellow; a 2014 Fellow of the African Sexuality & Resource Center; a 2015 Fellow of the Civil Society Leadership Institute; a 2015 Mandela Washington Fellow; a 2016 Fellow of the Tony Elemelu Entrepreneurship Program; an Associate Fellow of the Nigerian Leadership Initiative; and a mentor with the West African Civil Society Institute, Accra.